The olive tree deeply rooted around the Mediterranean has dominated the landscape for thousands of years, brightening the area with its characteristic unrivalled grey-green color, inspiring artists from antiquity to the present day. Its branches and leaves, scenes from the gathering of its fruit, have decorated uniquely works of art such as ancient amphorae. They have been imprinted on the walls of ancient palaces, and were also the subject of famous paintings and engravings of earlier Greek and foreign artists.

The olive oil offers an everyday healthy and full of flavor food. Studies taken place in seven countries, revealed that Mediterranean diet, rich in vegetables, legumes, fruits, cereals, poor in meats and with olive oil as the only source of fat, is a factor of health and longevity!! 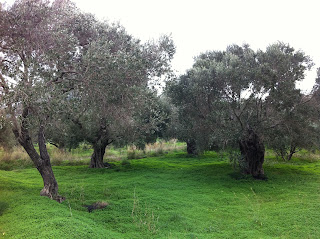 Late autumn, the harvest begins.. In the old times, the harvest of the olives was done manually, while since the early 20th century sticks started to be used, with which they hit the olive tree branches and shake the olives down on pieces of fabric laid on the ground. Drinks to lift your spirit...

Want to restore your balance, boost your spirits, experience sweetness on a cold winter night, or try a liquid that runs through godly veins alone? Well, then, try one of the Greek ways of doing so.

Rakomelo
An excellent sweet tasting spirit. Made by a combination of raki or tsipouro with honey and several spices, such as cinnamon, cardamon, clove or other regional herbs, it is mainly consumed during winter as a warm drink.
Rakomelo can be found as a bottled mixed drink in liquor stores, ready to be warmed and served. However, anyone can make rakomelo, following this recipe: for every one shot of raki, use one teaspoon of honey, along with one clove and about one teaspoon of cinnamon. Modify dosage to suit different tastes – more than one teaspoon of honey adds to sweetness. Warm the mixture in a pot and “stin ygeia sas!” (cheers).
Tsipouro

Winters in Greece may be mild, but there’s always the need to warm up – sitting next to a big fire or keeping warm inside with the help of the ‘master’ spirit tsipouro, tsikoudia, or raki.
Produced mainly in Macedonia, Thrace, Epirus, Thessaly, and Crete, it is nevertheless found all over Greece and the pairing with food and especially various hors d’oeuvres (mezedes) is a tradition that every Greek maintains with reverence.
Wine based liquer
It was probably only a matter of time before at least one Greek liqueur producer searched ancient recipes for unusual quaffs. It was only a matter of time, too, before someone would want to take a turn making the mythic ancient nectar, the quaff exclusive to the gods and seminal ingredient in the ethereal ichor, a liquid that ran through godly veins alone.
Homer compares nectar to red wine and Plato implores his symposiasts to “get drunk on nectar.” Nectar bestowed immortality and so was forbidden to man.
That recipe inspired at least one producer to make a contemporary nectar called Evoi Vakhoi, which is produced with aged Nemea red wine, honey and rose essence. The drink resembles wine more than liqueur and has lovely tannins and distinct cherry-honey aftertaste. It pairs marvelously with blue cheeses, chocolate, and dried fruit.
Tendoura

A famous Patras’ liquer, which the old citizens used to call “moshovolithra,” meaning something fragrant, due to its intense aroma.
It has always been savored as a digestive. To produce Tendoura, clove, cinnamon, nutmeg, citron and mandarin peels are extracted into alcohol. After a few weeks the alcohol is filtered, caramel syrup is added, then the mixture is diluted with water. It is set aside to settle for about two months. Tendoura has a deep brown color and an explosive aroma and taste. Its beautiful, dense texture is reminiscent of sweet Greek syrup scented with spices and citrus fruits. It is savored cold, with crushed ice, diluted with a dash of cream. It is also a great flavoring for coffee.

Since antiquity, Greeks were using aromatic plants for their healing attributes and for their nutritional value. Legend has it that Mount Olympus, where the Greek gods lived, was covered with a canopy of flowers and herbs that were of service to the gods, as well as to living mortals.
Hippocrates, the Greek physician and “father of medicine”, recorded the use of about 400 herbs to heal illness. Since almost 200 different chemical elements are contained in each of the aromatic plants, the combinations can only result in the most powerful natural stimulant ever.
The Greek and international industry are using the aromatic plants for the production of cosmetics, medicines and foods. Greeks throughout the country enjoy the therapeutic benefits of a variety of herbs: Chamomile, lime, sage, mountain tea, mint, spearmint, thyme, fennel, aniseed, St John’s wort, lavender and oregano All these herbs used to and still exist in the modern home. Why not yours, too?
(From: visit Greece )
Αναρτήθηκε από Plakiassuites Rethymno Crete στις 11:43:00 μ.μ. Δεν υπάρχουν σχόλια: 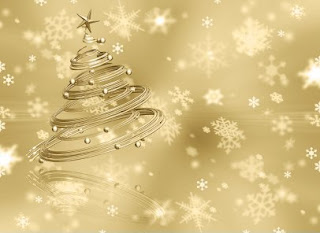 Crete could be characterized as the land of Gorges!!

There are countless gorges and ravines in Crete. A few of them are really famous, like Kourtaliotiko and Kotsifou Gorge…

The route to Plakias is magical as whichever of the two you take, you will pass through either the Kourtaliotiko Gorge or the Kotsifou Gorge…  (sights)

The Gorge of Kourtaliotis is located 22km south of Rethymno and it is one of the most spectacular natural attractions of Rethymnon. It starts at the slopes of the mountains Kouroupa (984 m) and Ksiros (904 m), a little after the village Koksare, it follows river Kourtaliotis and ends up at the beach of Limni Preveli.
(Photo:  http://www.flickr.com/photos/plakiassuites/5087082823/in/set-72157625158209030/ )

The strong winds make the steep rocky walls whistle, and sweep small stones that tumble and crackle. This noise gave the name "kourtaliotiko" (=crackling) to the gorge.
Approximately half way through the gorge and on the left-hand side of the road from Koxare to Asomatos are steps, which lead down to the bottom of the gorge and to the chapel of Aghios Nikolaos.

A little before the exit of the gorge is a small waterfall, about 40 m high. The water comes out of five points and flows all year around.

This area in southwest of Crete has excellent biological and ecological value and it is very important for the conservation of endangered birds of prey like vulture, since it hosts one of the last breeding pairs in the Balkans.

The Gorge of Kotsifou begins at the village of Kannevos and ends at the village of Plakias. Just 10m wide at the entrance, the beginning of this gorge is very narrow, however, eventually the gorge widens out to 600m. It is 1,800m long in total and its almost perpendicular walls reach a height of 600 m. A small chapel built into a rocky cavity is situated in the gorge.
(Photo: http://www.flickr.com/photos/plakiassuites/5078815225/in/set-72157625158209030 )