Archaeologists discover seeds for the brewing of beer

Ancient Greeks may be known for their love of wine, but it seems they also had an affinity to beer, according to a study by the Aristotle University of Thessaloniki.

Two Bronze Age brewers that were recently discovered prove that Greeks would brew beer on a regular basis 4,000 years ago!

Archaeologists from the Aristotle University of Thessaloniki found several archaeobotanical remains of a cereal that could have been used in beer brewing. Similar remains found in the Archontiko area in the island of Corfu were also discovered in Argissa in Zakynthos.

Furthermore, archaeologists discovered a two-room structure that seems to have been carefully constructed to maintain low temperatures in the Archontiko area, suggesting it was used to process the cereals for beer under the right conditions.

This discovery is the earliest known evidence of beer consumption in Greece, but not in the world.
(Source: protothema)
Αναρτήθηκε από Plakiassuites Rethymno Crete στις 8:02:00 μ.μ. Δεν υπάρχουν σχόλια: 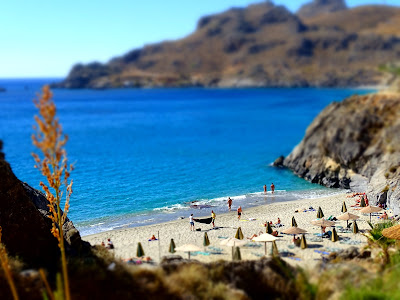 We wish you a great one from PlakiasSuites