Chania or Rethymno?
Over time, the question remains without a definitive answer, seeing that both towns boast a significant history which is evident in their Old districts that possess a charming mixture of Venetian and Ottoman heritage elements. 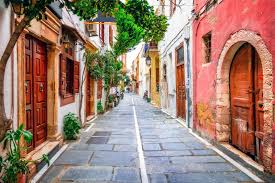 The Old Town of Rethymno was built on the cape along the north shoreline and it is –to this day- extremely well-preserved, it could even be called an open air museum.

Among the most interesting monuments are Fortezza, Loggia, Rimondi Fountain, Porta Guora [Great Gate], the central entrance to the Venetian fortified walls, the imposing church of St. Francis, the picturesque Venetian harbour, the mosques of Kara Mousa Pasa & Neratze and many more.

In Chania, behind the Venetian harbour, there is a fascinating world that oozes the style and ambiance of past times. Topana, Splantzia, Kasteli, Santrivani districts and the Jewish quarter are there for you to visit them and explore their meandering alleys, discover the monuments that flank them, their history as well as the essence of Cretan culture. 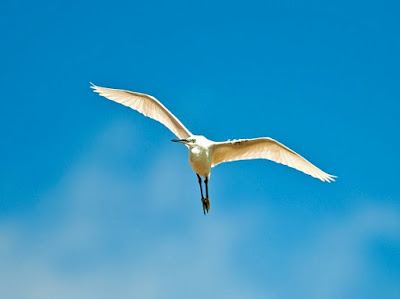 Birdwatching in Crete will take you at some of its most beautiful, isolated and unpopulated areas, mountains, gorges, lakes particularly when you are looking for birds such as eagles, vultures and falcons.

It is true that lovely Crete has still a plentiful and wide variety of beautiful birds. Crete is located at the crossroads of three continents (Europe, Asia, Africa) therefore Crete hosts thousands of migratory and rare birds in its wetlands and other areas every year.

Crete is one of the main flypast routes for species they wintered in East Africa, but breed in eastern and northern Europe.

They migrate every spring up the Nile Valley, and then move across the eastern Mediterranean, often in huge numbers. This happens from mid-March to mid-May, depending on the species and the weather. The return migration in autumn is less spectacular because it is less concentrated in time, but still worth watching out for.

Moreover, more than 412 different bird species have been identified in Crete to date, most migratory, thus birding in Crete is one of the most common activities. There are a few endemics that breed on the island. 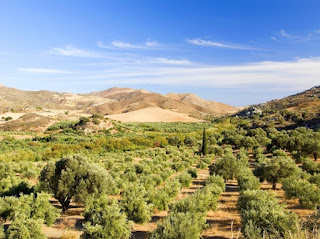 The great thing about birdwatching in Crete is that, if you pick your time right, you can see both resident and migratory species.

The mountains of Crete, Idi, Lefka Ori, Dikti, Asterousia hold some of the most exciting birds. Smaller birds like the blue rock thrush, cirl hunting adn alpine chough are  common, and there is a good chance of seeing large and dramatic birds of prey.

One very rare species of vulture, the Lammergeier (or bearded vulture) is currently on the dramatically endangered list although it is more common in Crete than everywhere in Europe, maybe you will be lucky to see one the island's three remaining birds soaring above the Lasithi or Omalos plateau.

The diversity of habitats and the richness of the environment on Crete for bird-life, results in an impressive species list and many unexpected surprises, especially during Spring and Autumn migrations.

It is well worth coming on holidays in Crete to see and enjoy these beautiful birds.

Bird watching in Crete attracts many fans, guests every year, so during your next trip in Cree don't forget to bring with you all the necessary supplies - travel cases, binoculars, or other items. 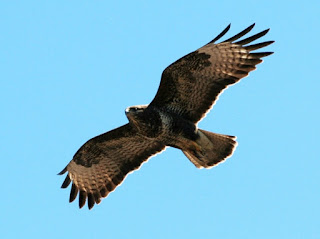 The area around Plakias Village is popular with migrants too. Species include: Montagu`s harrier, Short-toed Larks, Spanish Sparrow and Woodchat Shrike.

The mountainous area around the palm beach of Preveli is another excellent birding location in Rethymnon. Especially around the Preveli Monastery there is a great variety of migrants as Nightingales, Turtle Doves, Golden Orioles, Flycatchers, Ortolan Buntings and Ruppell`s Warbler.