Breakfast next to the sea 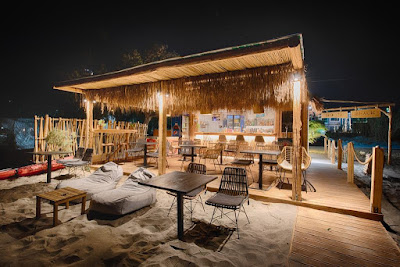 In a unique place, fully harmonized with the natural environment, where everything is carefully tailored to the smallest detail, you can enjoy a rich breakfast with delicious flavors.

The comfortable seating, the unique tastes and the view of the deep blue sea, will give you the most fresh and dynamic start for a day of outdoors in Plakias!

The Beach House is an all-day bar mix, we start the day with fresh orange juice, coffee and delicious brunch and continue with cold and hot snacks, fresh organic Greek salad at the end of the day we offer first class alcohol cocktails.

Do you prefer breakfast in the privacy of your luxury suite? Just let us know. 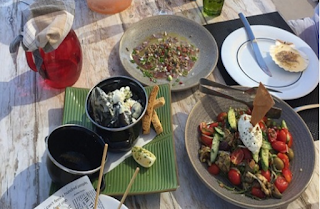 Gastronomy tourism is estimated at some $1 trillion globally, according to the founder of the World Food Travel Association, Erik Wolf, while the association’s ambassador in Greece, Maria Athanasopoulou, says that “our country has got what it takes to be the world’s number 1 food tourism destination in the next decade, provided we step up to conquer that and work all together as one.”

They both spoke on the sidelines of the FoodTreX International Food Travel Summit in Thessaloniki on Monday, with Wolf presenting data that showed 93 percent of global travelers seek gastronomic experiences during their travels while 25 percent of tourists “spend considerable sums” on food and drink in the countries they visit.

The region won in the “Digital & Technology” category


The administrative region of Crete picked up a Golden Award at the Tourism Awards 2019 at the Foundation of the Hellenic World, in the category “Digital & Technology”. 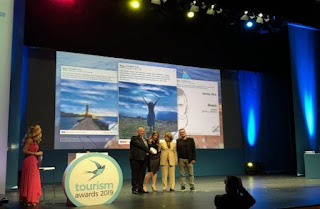 The prize was awarded for Crete’s strategic presence in social media, its methodical work, and innovative and smart concepts, as expressed via its “Incredible Crete” accounts on Instagram and Facebook.

Michalis Vamiedakis, the region’s appointed advisor received the award on behalf of Crete.

“The integrated campaign of promotion of the Region of Crete in social media has stood out, with the Cretan hospitality, gastronomy, culture, products and especially its people being at the forefront”, he said.

The Tourism Awards were organised by the Hotel & Restaurant of Boussias Communications, under the auspices of the Ministry of Tourism, the Greek National Tourism Organisation (GNTO), and Marketing Greece.
(proto thema) 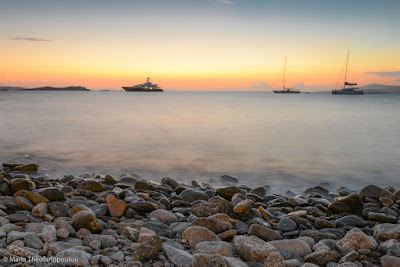 “This is a plan based on sustainable development, diversification of the tourism product, season expansion, the emergence of new destinations, the enhancement of the value added product, which will lead to salary raises for the sector’s workforce; and strengthening the country’s image in international markets,” Minister Theoharis said while speaking in parliament.

As underlined by the minister, Greece’s strategic tourism plan for the 10-year period of 2021-2030 is based on seven pillars:

During his speech, the minister referred to successful actions for the country’s tourism since the new government took over.

“Actions that have brought significant deals in the tourism field with the launch of new air routes for 2020, such as the Shanghai-Athens and Bahrain-Mykonos routes,” he said.

Moreover, the minister referred to the announced Doha-Santorini route and to the new strategic investments that recently received the “green light” from the inter-ministerial committee and which are expected to create some 2,000 new jobs in the tourism industry.

“All this while we managed to manage Thomas Cook’s bankruptcy with provisions for the benefit of businesses and employees,” he said, referring to the rise in tourism revenue this year.

In addition, the minister announced that Greece’s new tourism campaign for 2020 will launch by the Greek National Tourism Organization in January. “This is the first time the country’s tourism campaign is starting so early,” he underlined.

Referring to the ministry’s goals for the new year, the minister underlined the promotion of sustainable tourism as a priority.