February ... a step closer to Summer in Crete, Greece 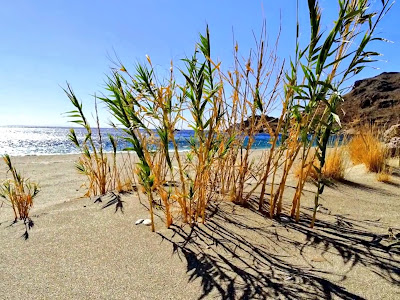 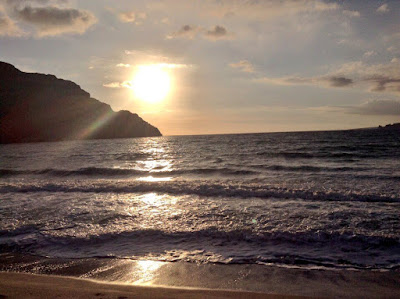 Greece is the 6th most popular destination for Germans 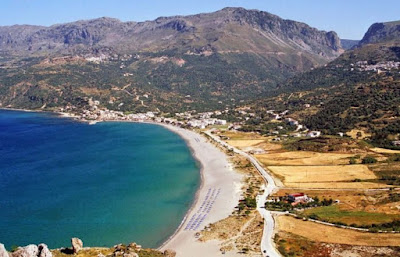 Greece is the 6th most popular tourist destination for Germans in Europe for 2017, according to Greece’s Gfk survey on trends in German tourism, which was presented by the Foundation for Future Questions of the German Institute of for Future Themes.

So far, 2% of German travelers say they intend to visit our country in 2018.

Spain is undoubtedly the winner, according to the survey, with one in seven German tourists having their major holiday in the Balearic Islands, the Canaries, and the Spanish mainland in 2017.

The percentages of the 3 most popular destinations for the Germans (Spain, Italy and Austria) appear to have slightly fallen in 2016, while Greece, France, the Benelux (Belgium, Netherlands and Luxembourg) and Scandinavia have all gaining a piece of the market in 2017. 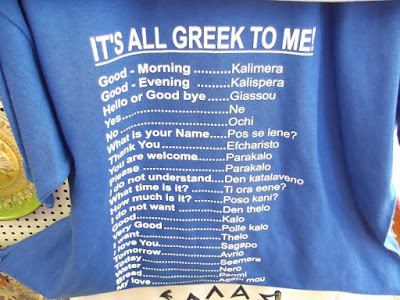 After years of campaigning by academics, educators and Greeks of the diaspora, Feb. 9 has officially been declared International Greek Language Day.

Starting in 2018, the day is expected to spark off initiatives to help spread Greek language and culture worldwide.

Greek has a long and well-documented history — the longest of any Indo-European language — spanning 34 centuries.

It holds an important place in the history of the Western world and Christianity; the canon of ancient Greek literature includes works such as the epic poems of the Iliad and the Odyssey.

Greek is also the foundational language of Western science, especially astronomy, mathematics, logic, and philosophy, such as the Platonic dialogues and the works of Aristotle.

The New Testament of the Christian Bible was written in Koine Greek.

Together with the Latin texts and traditions of the Roman world, the study of ancient Greek writings and society constitutes the discipline of Classics.

Keeping that Roman link, it was the Greeks of Italy who were the first to propose an international day for the Greek language.

The Athens government eventually adopted the proposal and the plenary session of the Greek parliament unanimously accepted and institutionalized it.

The specific date coincides with the Commemoration Day of Greece’s national poet, Dionysios Solomos, whose lengthy poetic composition To Freedom makes up the lyrics of the Greek national anthem.

In the modern world, the Greek language has not been restricted by borders. Countless Greek words enrich other languages, culminating in the international medical terminology in which about 80 percent of the scientific terms have a Greek root.

As the official language of two EU member states, Greece and Cyprus, it is one of the 24 official languages of the European Union and by a rough estimate, is currently spoken by nearly 13.2 million people in Greece, Cyprus and the Greek diaspora around the world.
Source: greekreporter
Αναρτήθηκε από Plakiassuites Rethymno Crete στις 2:50:00 μ.μ. Δεν υπάρχουν σχόλια:

Record arrivals from Belgium to Greece for 2017

Based on current data, Greece is the second most popular summer destination in the Belgian market. 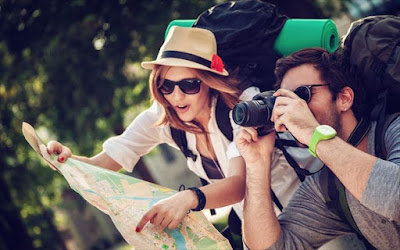 Tourist arrivals in Greece from Belgium in 2017 broke the 10-year record.

According to figures, for the first time, the number of visitors from the northwest European country exceeded 509,000.

In fact, Tourism Minister Elena Kountoura, who visited Brussels and met with officials from the Belgian tourism market, announced that the 2018 bookings were already on an upward trend.

Based on current data, Greece is the second most popular summer destination in the Belgian market.

In the framework of the exhibition, she met with the heads of tourist groups, on issues such as the strengthening of the tourist flow, the launch of new direct flights and the promotion of Greek destinations to the public of Belgium.

The Phaistos Disc reveals its secrets 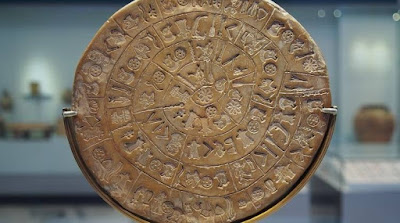 The Phaistos Disc, probably dating back to the 17th century, gradually reveals its secrets.

The linguist Dr. Gareth Owens, who has been living in Crete for the past 30 years (25 working in the Technical University of Crete and the last 10 as Erasmus + coordinator), has devoted his research to decipher the disc.

In fact, in collaboration with Professor John Coleman, professor of phonetics at Oxford, he has managed to decipher the disc in a 99 percentage.

“We are reading the Phaistos disc with the vocal values of Linear B and with the help of comparative linguistics, ie comparing with other relative languages from the Indo-European language family.

Reading something, however, does not mean understanding,” Owens said in an interview with the Athens-Macedonian News Agency on the occasion of his speech to the National Research Foundation on Wednesday, February 7.

“The Disc of Phaistos is written in the Minoan script that records the Minoan language.

This is the best sample of ‘Cretan hieroglyphics’, always in quotes, because it is not the writing system of ancient Egypt.

The name is wrong. The scripts of the Phaistos Disc is also Minoan Linear A,” he added.

Moreover, he noted that the sound syllables from the disc have been recorded “because I want people to hear them. Minoan is not a dead language. Knossos, Phaistos, Crete are Minoan words, as well as many still used today.”
Source: thegreekobserver
Αναρτήθηκε από Plakiassuites Rethymno Crete στις 2:22:00 μ.μ. Δεν υπάρχουν σχόλια: 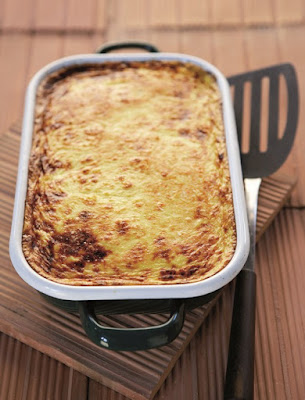 Behold the most famous dish that combines beautiful eggplants, fragrant meat and creamy béchamel. Such a divine combination of ingredients, do try it this Sunday!

Step 1
Place the aubergine slices in a colander and sprinkle with salt. Set aside for 30 minutes. Rinse with water and pat dry using kitchen paper. Heat oil in a medium frying pan and fry aubergines until nicely colored on both sides. Drain on kitchen paper. Alternatively, brush with oil and bake in the oven, fan or grill.

Step 2
In a large pan heat oil and cook onion and garlic on medium heat until translucent and fragrant. Stir in beef mince with a spatula until it breaks down and has nicely browned. Pour in wine and when alcohol evaporates add all tomato, sugar, allspice, parsley, cinnamon, oregano, salt and pepper.

Step 3
Preheat oven at 170C/fan. For the béchamel: In a medium pan heat butter and when melted add flour and stir constantly until flour changes color. Then pour in warm milk stirring at all times until you get a nice béchamel, not too runny and not too thick. Remove pan from heat and leave for 2 minutes. Add eggs stirring vigorously, then add cheese, nutmeg, a little salt and pepper.

Step 4
Line the bottom of a pan with half eggplant slices. Cover with half beef mince. Repeat with remaining eggplants and beef mince. Finish with béchamel. Bake for 1 hour or until surface has nicely browned. Leave for 30΄ before serving.