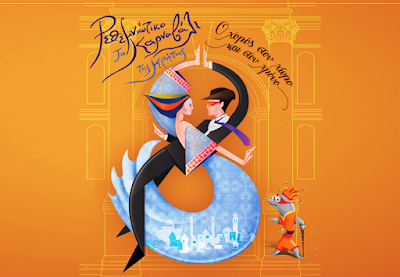 Every year in Rethymno, for almost a whole month, the city plays host to a succession of fun-filled celebrations, bringing together locals and visitors who participate in this carnival because they love to enjoy every moment of their lives.
You will see groups of people sitting together in traditional cafés (kafeneia) drinking “tsikoudiá” (raki), tasting Cretan titbits and thinking up “mantinádes” (folk couplet songs) on the spot.

The whole town becomes one big party; people work together in order to organise all the festivities that take place in Rethymno and the surrounding areas.
The most important work is done by volunteers, people of all ages who freely contribute their efforts and come up with ever more innovative ideas for the festivities because of their passion for the city’s carnival. Each year the carnival celebrations has a different theme, the element on which the main theatrical act of the dance groups will be based.

The beginning of the carnival of Rethymno will be signalled by a town crier, who will walk all around Rethymno telling people about the festivities that are going to take place.
The carnival starts with a treasure hunt for children, and there will be numerous parties, carnival dances, happenings and workshop for children to make objects by hand, all specially planned to amuse the kids.However, those of you who are older but young at heart won’t have any complaints; all kinds of celebrations will fill the streets and squares of this picturesque town.

The carnival in Rethymno culminates in the great float parade: 15,000 revellers will participate in the parade on 6th March in a spectacular production of pictures and sounds and a strong Venetian influence evident in the costumes, the carnival floats and the spirit of the carnival celebration. The carnival will come to its end with the burning of the effigy of the Carnival King. 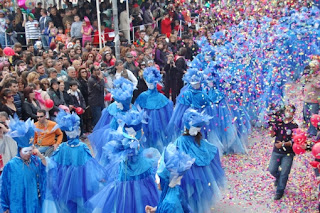 Customs as old as the hills come alive once more. Attend the “Moutzoúroma” (daubing) in the villages of Arméni, Geráni and Rousospíti. You should definitely attend the “Klépsimo tis Nýfis” (the stealing of the Bride), the “Avgomázema” (egg collecting) and “Kantí” in the village of Melidóni. Don’t forget to pay a visit to the village of Méronas, a true folklore paradise, where a variety of customs are re-enacted, such as the “Lerades”, the “Arkoúda” (bear), the “Hódja”(Turkish priest), the ”Tsangáris” (cobbler), the “Proxenió” (match-making) and the “Kamíla” (camel).
(source:visitgreece)

"Imagine hearing a song that instantly reminds you of being in Greece.

The food, the mood, the people, the amazing scenery.

All those times you went, ‘Oh My Greece!’.

Well how about we unlock that feeling right now?😍 "

The Greek island of Crete has just been voted the fifth best of all the world’s top destinations in TripAdvisor’s recent “Best Destinations in the World – Travelers Choice” awards. 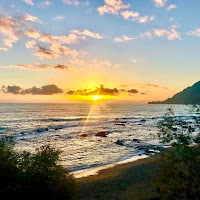 Crete was featured among the most well-known and popular tourist destinations anywhere on the globe including London, Paris, Barcelona, Bali and New York.

The first three places on the TripAdvisor award list were taken by Paris, London, and Rome, while destinations such as Istanbul, Tokyo and New York ranked lower than Crete on the list.

Crete and Bali, Indonesia were the only two island destinations to be featured in the top ten locations this year.
Αναρτήθηκε από Plakiassuites Rethymno Crete στις 1:55:00 μ.μ. Δεν υπάρχουν σχόλια:

Crete is a rising destination for Americans


The island of Crete took part in the New York Times Travel Show for the second year in a row boosting its presence in the US market.
The show took place from 25 to 27 January 2019 at the Jacob Javits Convention Center in Manhattan, New York.

Local authorities from the Region of Crete have turned their attention on the lucrative US market, targeting the American public in an effort to boost visits.
The New York Times Travel Show is the longest-running trade show for tourism in North America aimed at both professionals in the field and consumers.
This year, Greece was a silver sponsor and its pavilion, which was more impressive and larger than last year, was located at the front part of the expo centre, thus offering higher exposure and more visits by the visitors and tourism professionals.

The pavilion of the Region of Crete was at the centre of the stage, and was the focus of interest by visitors, the media and tourist agents. Diplomatic officials and representatives of the Greek community also stopped by and talked with the staff at the Cretan pavilion.
All of the visitors were treated by the amazing display of a Cretan dance group that presented traditional dances.

According to the Director of the Greek National Tourism Organisation (GNTO), Greta Kamaterou, Greece has surpassed 1,200,000 visitors from America and Crete is a rising destination for visitors, as it can offer exceptional gastronomy and unique adventure.
(source:proto thema)