The Greek beaches that have been honored with the 2014 Blue Flag quality award were announced on 7 May by the Hellenic Society for the Protection of Nature. 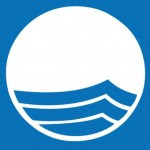 According to the announcement, Greece once again ranked second place on the Blue Flag quality award list, this year among 51 countries. Spain was in first place.
In total, 408 beaches and 10 marinas in Greece have been recognized for their excellent seawater quality, litter management, organization of the swimming area, safety procedures for bathers and protection of the environment, among other factors. Last year, 393 beaches and nine marinas were honored with the quality “Blue Flag” award in Greece.
The “Blue Flag” is a voluntary eco-label awarded to the cleanest and best managed beaches across the world and is run by the independent, non-profit organization Foundation for Environmental Education (based in Copenhagen). The Hellenic Society for the Protection of Nature is the program’s coordinator for Greece. For the complete list of all 408 Greek “blue flag” beaches, press here.


Blue Flag beaches around the world

On a worldwide scale the foundation awarded the international eco-label (blue flags) to 3,372 beaches and 650 marinas for 2014. 9 of the 15 best classics books of all time are Greek!! 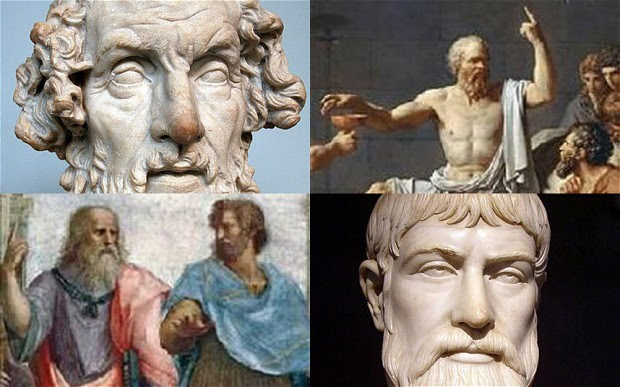 The Iliad and the Odyssey ranked first and second respectively


Reputable Telegraph newspaper published a list of the fifteen best classics books of all time and nine of them are Greek. Homer occupies the first and second place with the Iliad and the Odyssey respectively, while Latin authors, such as Ovid, are also prominent in the newspaper’s list.
See the list of the 15 best classics books of all time.
1. The Iliad by Homer. According to the Telegraph, the book’s main themes are war and the lesson taught by Achilles on how to act with dignity. (775 BC)
2. The Odyssey by Homer. The hero returns from war. However, before reaching his palace he will experience many adventures… (725 BC)
3. Metamorphoses by Ovid. The book contains tales of fair or unfair punishments and of the mythical roots of the universe. (8 AD)
4. The Symposium by Plato. Greek prose at its best. A dialogue about love… (385-380 BC)
5. The Art of Love by Ovid. The book explains how men can woo women and keep them. (2 AD)
6. Phaedo by Plato. The dialogue depicts the death of Socrates and it is told from the perspective of one of his students. (385-380 BC)
7. The Symposium by Xenophon. An also remarkable symposium, although it lacks the “philosophical rigor” of Socrates. (360 BC)
8. Poems by Sappho. What little survives of Sappho’s work is amazing and wise! (born c612 BC)
9. Parallel Lives by Plutarch. Portraits of great Greek and Roman men. (before 120 AD)
10. The Aeneid by Virgil. The story of the Trojans who founded Rome. (19 BC)
11. The Confessions, Saint Augustine. The tale of St Augustine struggling with temptation0… (398 AD)
12. On The Nature of Things, Lucretius. The author leaned on the Greek philosophers to investigate how the universe works. (55 BC)
13. Works and Days by Hesiod. Myths of Ancient Greece and of the birth of gods. (after 750 BC)
14. The Histories by Herodotus. The “father” of history recounts the events of the war against the Persians. (450 – 420 BC)
15. The Georgics, Virgil. Tips for farmers that treat the earth as a living organism. (29 BC)