Tourism sector group: 2015 will be record-breaking year for Greece 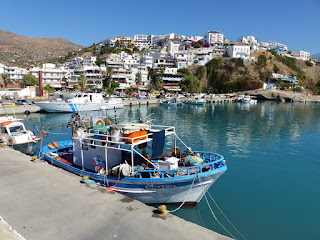 The Association of Greek Tourism Enterprises (SETE) announced that 2015 expected to witness the arrivals of roughly 26 million tourists and related tourism revenue worth more than 14.5 billion euros, both record-breaking figures.
If the numbers prove true, it would mean that the Greek tourism sector persevered in the face of continued political instability in the country, ominous capital controls and de facto “open borders” in the eastern Aegean for refugees and undocumented migrants sailing over from Turkey.
International tourist arrivals at the country’s main airports increased 4.6 percent compared to the corresponding period of 2014, exceeding three million.
According to SETE’s figures, in the first eight months of the year tourist arrivals increased 6.3 percent to 11.7 million.
Αναρτήθηκε από Plakiassuites Rethymno Crete στις 12:38:00 π.μ.