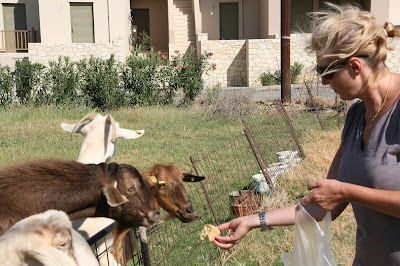 Even though the number of German tourist bookings in July might have dropped by 5%, their favourite holiday destinations such as Crete, Rhodes and Kos have seen a rise between 16-31% over the same period.

According to data by TravelTainment, Heraklion (25%), Rhodes (31%) and Kos (16%) are among those choices that experienced a rise in German tourists.

In contrast, the same data revealed that bookings by Germans to Antalya in Turkey and Egypt were down by 46% and 35%, respectively, a result of many German holidaymakers opting to stay at home for the vacations.

According to a monthly survey conducted by GfK on 1,200 travel agencies, the German market was down this summer by 8% compared to last year.
Αναρτήθηκε από Plakiassuites Rethymno Crete στις 12:20:00 π.μ.